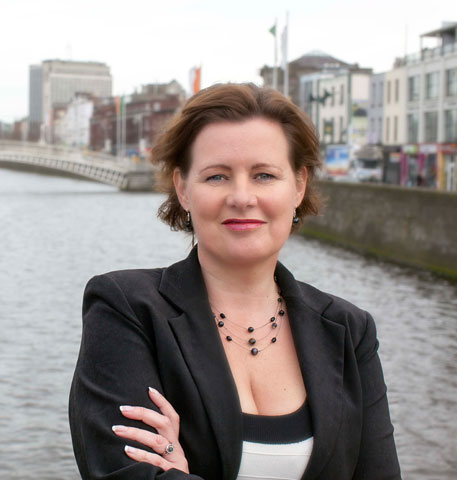 ICO & PR ADVISOR
Blockchain Advocate, Founder, Conference Chair, Women in Blockchain Advocate, Keynote Speaker, Crypto Journalist, Broadcaster, CEO, Writer, Homelessness Advocate, Former European Parliament Candidate, Law Changer, Mother, Choir Member, Hill Walker, Dreamer Jillian has held senior positions with global PR companies in Sydney, Singapore, London and Dublin. She was PRO of Iona Technologies (Ireland’s first company to float on NASDAQ). She changed the law in Ireland in 2014 and is a former European Parliamentary candidate (as an independent).
She is a co-founder and journalist in the Blockleaders.io. She freelances for Irish Tech News, Irish Central, The Irish Independent and The Irish Times. She has her own radio shows on DublinCityFM and EastCoastFM – she was nominated for a national radio award, the IMRO, in 2019. Her first job after graduating from Trinity College was as a systems analyst with JP Morgan. She is advisor to a number of ICOs, has been named a Crypto Queen by in Zero Conferences as well as listed in the 50 most influential women in the global blockchain rollcall. She is named amongst the top 10 people in Blockchain in Ireland. She was voted into the top 20 global Hedera Hashgraph Ambassadors in 2018. She is a board member of EOS Dublin. She is a community leader for Algorand. She is chain agnostic while she loves blockchain. She has been shortlisted for the Image Business Woman of Year and also shortlisted for Woman of the Year by Women in IT in 2018. She made the top 100 Global Blockchain Leaders list for 2019 for Lattice80 report. In 2019 she was awarded the Blockchain and AI Journalist of the year in London at the CC Forum. She is passionate about getting women into blockchain – democratizing opportunity for all women. She was awarded the Order of Merit by the President of Liberland. She keynotes and chairs blockchain events around the world – including Kiev, Austin, Muscat, Columbo, Dubai, Capetown, Liberland, Malta, Amsterdam, Vienna, Dublin and London. Social media links include